Whiskey for the 4th of July

Home/Uncategorized/Whiskey for the 4th of July
Previous Next

Whiskey for the 4th of July

There is no better way to celebrate America’s Declaration of Independence on the Fourth of July than with a nice tall glass of the American Spirit: Bourbon. American’s history with the spirit runs deep, so if you are heading off to a backyard barbecue, show the host you care and pick up a bottle with a little history. After all, American has over 250 years of experience with Bourbon, so why not share a little with someone on the Fourth.

We put together a few of our favorite whiskies with great history you can take along with you to any Fourth celebration. We even threw in a cocktail that is sure to get the party started if that’s more your style.

This a great sipping Bourbon for any occasion this Holiday Weekend. Elijah Pepper began distilling in 1780, admittedly after

signing of the Declaration of Independence, but still right in the thick of the American Revolutionary War. Pepper Family whiskey is arguably the oldest brand in American Whiskey and was enjoyed by President Ulysses S. Grant, President Andrew Jackson, Vice President John C. Calhoun, President William Henry Harrison and President Lincoln. If that list isn’t enough, perhaps the taste alone will be. It’s mild in nature, notes of toffee and citrus on the tongue, and a finish of baking spices and oak. While it is sourced from MGP, the history, brand, and surprisingly good flavor profile make this our top pick.

In keeping with the theme of history look no

further than above eye-level. Evan Williams is the oldest commercial distillery in the USA. While this pick is sure to cause some eyes to roll, you can’t beat the price for performance on this one. If you can still find it, the limited edition American Hero Edition is sure to be a hit depending on the type of gathering you will be attending. Each bottle honors one of 10 veterans and will be on sale through the 4th of July. The brand’s website claims that Evan Williams himself put the “party in politics” by bringing his nectar to town meetings. But please, if you plan on bringing this one, see our disclaimer below regarding come home with all fingers attached.

Batch up Some Lynchburg Lemonade

Given this is supposed to be the hottest summer 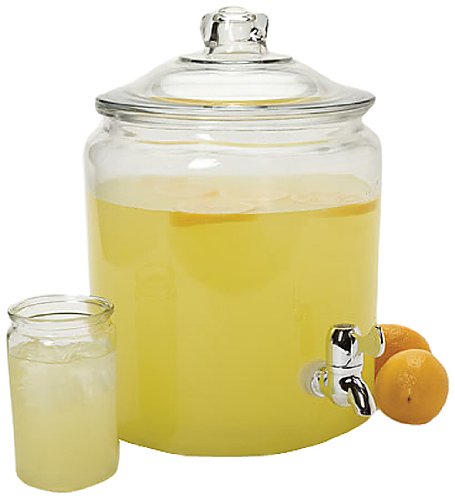 on record, whiskey might not be the first thing that comes to mind for a summer evening celebration. If that’s the case, try batching up some Lynchburg Lemonade. Purists say this one requires some good old Jack Daniels, so it won’t break the bank and is sure to be a hit. Now, when we said batch, we meant BATCH. You’ll need:

This one is definitely the most novel on this list. George

Washington was convinced by his Scottish farm manager James Anderson to begin distilling and began doing so in 1797. Washington’s distillery was the largest of its day but was shuttered shortly after his death in 1799. The distillery reopened in 2007 and now produces spirits in the same building Washington once did. Fair warning though, Washington did not age his Whiskey. Given the novelty nature of this one and the hefty price tag, we would probably recommend you to steer clear if you actually want to drink it. This would make a great gift for the Whiskey person who has them all, or if you really need to make an impression… go for it.

We wish everyone a safe holiday and please come back with all your digits!